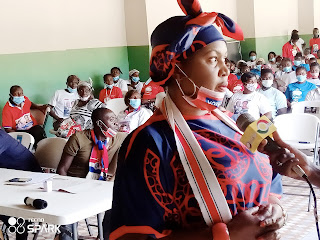 The NPP Member of Parliament- elect for Nsuta Kwamang Beposo in the Ashanti region, has denied charges that she is a dual citizen of Ghana and the United States of America.

Adelaide Ntim, also known as Yaa Agyeiwaa, narrating her current predicament to news men at Nsuta, she said her winning of the seat in the just ended parliamentary election was born out several frivolous accusations by her own party members who were against her during the primaries. 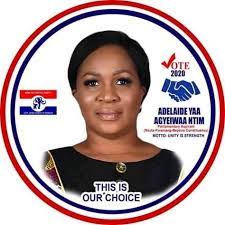 She accused some leadership in the constituency for peddling such unwarranted accusations to the public.

The NPP MP elect said she was fully aware of the requirements of becoming an MP, and hence would not do anything to jeopardise her ambition.

She brought out printed copies of the renunciation documents for public viewing to support her claims. 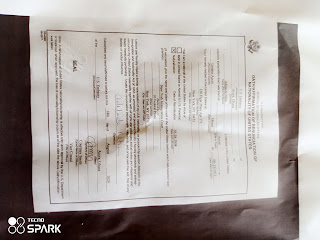 She challenged those accusing her to do a background check from her or the American Embassy in Accra properly before making unsubstantiated claims that she holds a dual citizenship.

Mrs. Ntim disclosed that she was ready to face her accusers in court if really they want the truth of her nationality to be resolved. 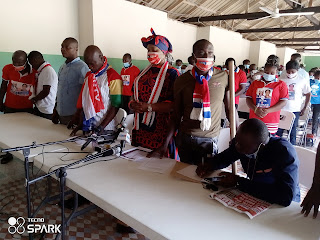 “I heard some of the NDC members are trending my USA passport that I have not renounced my citizenship, but that is untrue. I have renounced it and I want all my supporters and loved ones to keep calm. And those people in the NPP who are feeding our opponents this false allegation, I am warning them should not to take me for granted because the next time I see same things I am a going to sue all those people,” she vowed. “Whether they like it or not I am now the MP elect for the good people of Nsuta Kwamang Bepose Constituency and nothing can change it,” she said this to the admiration of some NPP supporters who were all clad in the party paraphernalia.

She captured the seat from Dr. Kwame Asafu Adjei, the incumbent NPP MP for the constituency and won the seat with 23,622 out of the 32,943 valid votes cast, representing 71.7 per cent. 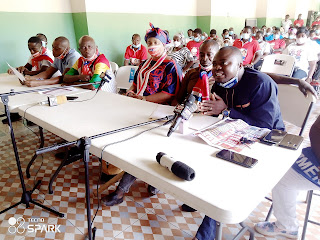 We the faithful party supporters are ready to defend the one that we have entrusted their votes to. “We want to send a very firm warning whether within or without that those who are behind this machinations to stop since the mandate of the people is emphatic and final. We want to tell everybody that nobody venture into political entrepreneurship. 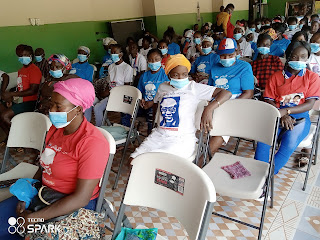 If they have gone lost with it let them turn their remaining resources into other business ventures and not to stick this outmoded antics of political gimmicks,” he fumed.

Simon opoku Afriyie is a media pratctioner, work with otec fm, Educationist and the chief Executive Officer of of this Noble website Simon opoku Afriyie hails from Manso mem in the Amansie south district of the Ashanti Region. For any information contact me on 0240458530/0201417427 Or you can visit my Gmail address [email protected]
Previous HON KWASI AMEYAW-CHEREMEH THUGS ATTACK INNOCENT PARTY PEOPLE AT ATRONIE IN THE SUNYANI EAST CONSTITUENCY*
Next 52- year old bridge at Adako Jachie gets facelift