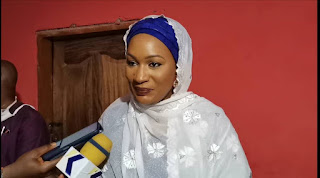 The wife of the vice president of the Republic of Ghana, Mrs Hajia Samira Bawumia paid a courtesy call on the chief of Drobonso Nana Dwamena Dankwah Dwubinsiaw II, to seek his blessings upon the upcoming December 7 polls. 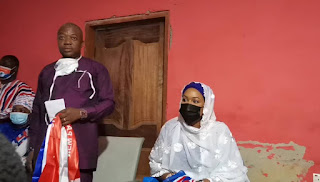 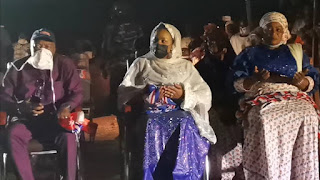 During the meeting with the traditional authorities at Drobonso, the second lady used the occasion to introduced the npp parliamentary candidate,Mr Joseph Gyamfi Owusu,also known as Odenkyem to them.

She moreover made passionate appealed to the constituents to vote massively for president Akuffo Addo and Mr Joseph Gyamfi Owusu to represent them in parliament where he can have easy access and links to the government’s developmental projects to the community.

She highlighted on the achievement of npp government led by President Akuffo Addo in the areas of free education, payment of allowances for training teachers and nurses,ID,IF, planting for food and jobs which she think should informed their decision to vote for npp. 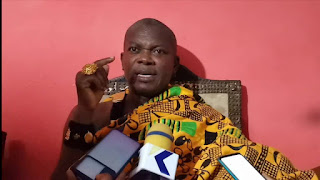 The chief of Drobonso, Nana Dwamena Dankwah Dwubinsiaw II in his part charged her to explain their good works continue doing for the people since they have evidence to show to the people.

He urged politicians to manage and control their choice of message delivered during this campaign season in order not to inflame chaos in the country comes December 7 election.

The second lady, later joined thousands of party supporters at Dagomba at a durbar  where the parliamentary candidate, Mr Joseph Gyamfi Owusu made passionate appealed to the people to consider his good works continue doing for them and vote massively for him comes December 7 election to enable him lobby for more developmental projects.

Simon opoku Afriyie is a media pratctioner, work with otec fm, Educationist and the chief Executive Officer of of this Noble website Simon opoku Afriyie hails from Manso mem in the Amansie south district of the Ashanti Region. For any information contact me on 0240458530/0201417427 Or you can visit my Gmail address [email protected]
Previous 6 supporters of NDC died and several others sustained degree of injuries at Ejura
Next Creative Arts Evangelism Network(CRAEnet) launches Esther Project to Skirmish Poverty.