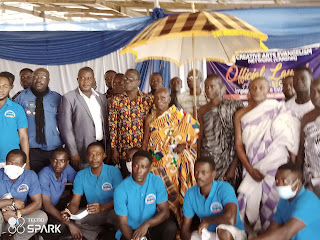 Esther project which was inaugurated today at Tanoso in Kwadaso Municipal Assembly brought together so many high profile personalities including the clergy, chiefs, political leaders and ambassadors of Creative Arts Evangelism Network. 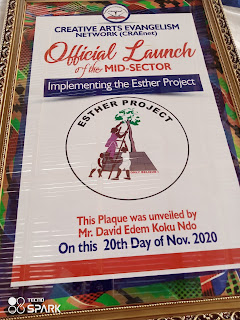 The Esther project which has been launched today is expected to target female students in various Senior High Schools especially the christian mission schools where a pageant  contest will be held to select someone as the winner to be   called “Esther” who will then  serve as an agent for development at her school and her community at large.

Speaking to the newsmen at the official launching ceremony the mid sector manager of Creative Arts Evangelism Network (CRAEnet) Mr.Kweku Mbeebi excavated that Esther in the book of bible was used by God to saved the Jews from been killed by their enemies but today education has became the weapon of every society and this is the reason why we have gathered here today to launch this project. 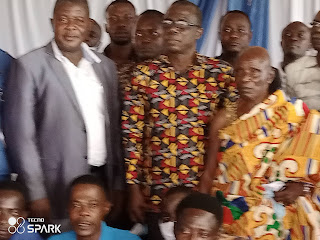 er projects will provide great opportunity for the winner of our beauty pageant for which the entire community of the winner will benefit from the project.He revealed that some of these projects includes provision of good drinking water for the people, construction of school building, electricity and other social amenities of which the winner of Esther project live.

Furthermore Mr.Kweku Mbeebi indicated that gone are the days that women are not allow to go to school, they are only mandated to take care of the family but things have change off late so this project will allow women to focus on their education so they can become useful to our country Ghana.

He said both men and women are going to benefit from this project but women are the greater people who will be given great opportunity and this will help more ladies to get themselves in education sector and also stand as the agent of Christ. 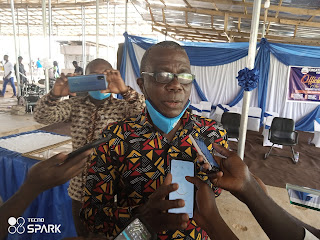 He indicated that all the public Senior High schools including the Christian schools are all going to benefit from this Esther project.

Furthermore the Ashanti Regional Minister who represented by the regional Coordinating Director Mr.Joseph Donkor stated that the President of Ghana under the leadership his excellence Nana Addo Danquah Akuffo Addo is much more committed to cooperate with other Non governmental organizations to create enabling environment for the youth of this country.

He added that the regional Cordinating Directorate will work together with Creative Evangelism Network to ensure that the aim of Esther project is successfully achieved. The regional coordination directorate under the chief executive officer Hon.Simon Osei Mensah will continue to open his door for this project to make it sustainable in order to fight poverty among the youth of this country. In conclusion Hon.Regional Minister commended the leadership of Esther project for a bringing such wonderful project to the people of Ashanti. 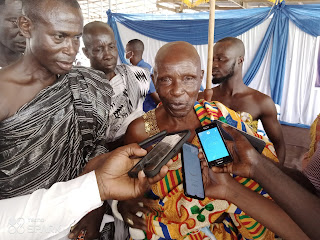 In all the chief of Topre traditional council Otumffuor Toprehene Nana Antwi Payin in conclusion advised the youth of the students to take the advantage of Esther project and make themselves count to the society, stressing that this project can bring total positive change to their live including the communities they find themselves in.

Simon opoku Afriyie is a media pratctioner, work with otec fm, Educationist and the chief Executive Officer of of this Noble website Simon opoku Afriyie hails from Manso mem in the Amansie south district of the Ashanti Region. For any information contact me on 0240458530/0201417427 Or you can visit my Gmail address [email protected]
Previous HAJIA SAMIRA BAWUMIA ASKS PEOPLE OF SEKYERE AFRAM PLAINS TO VOTE FOR ODENKYEM TO REDEEM THE IMAGE OF THE CONSTITUENCY FROM OPHANAGE
Next Akufo-Addo commissions phase one of Pokuase interchange