PRESIDENT AKUFFO IS NOT AGAINST SMALL SCALE MINING ACTIVITIES BUT….. 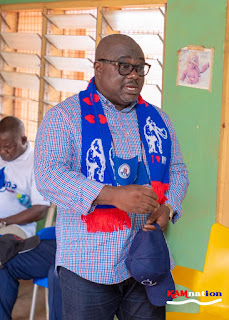 The Parliamentary candidate in the ticket of new patriotic party for Atwima Kwanwoma constituency of the Ashanti Region, Mr Kofi Amankwaah Manu has  said that,ban placed on the illegal activities of Small scale mining in the country was not the WILL of president Akuffo to collapsed mining sector  but rather wants it to be done in proper way.

He said it is the wish of the president Akuffo to create enable environment for every Ghanaian to become financial independent in life.

Mr Kofi Amankwaah Manu stressed that, the government took decision to stop the illegal mining activities in other to put good measures in place to protect Forest reserves, environment and water bodies for the next generation. 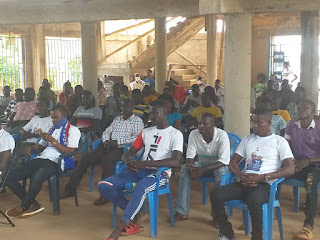 Addressing 500  small scale miners at Nweneso no_1 in the Atwima Kwanwoma constituency, he said the bad  behavior of some scale scale miners was the caused that informed the government decision to placed ban on their activities of  mining  but not intensionally to collapsed their business. 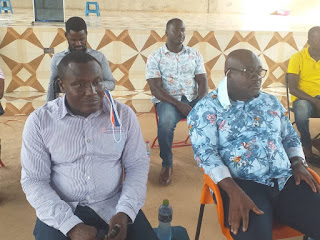 He therefore assured the small scale miners that, he will do everything in his outfit as member of parliament to protect them and also make sure  that their welfare is assured when he elected to parliament in the upcoming December 7th elections. 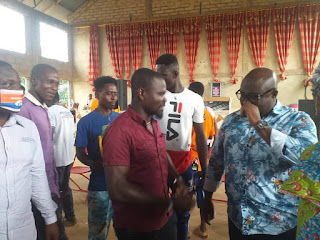 However, the members of small scale miners in the district used the opportunity to appealed to the NPP Parliamentary candidate and  government to stop security task forces from extorting money from them which is a big challenge to them.

They also made appealed to the DCE of the area to stop using solidiers and police from chasing them in their mining sites for money. 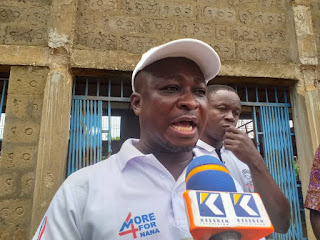 Simon opoku Afriyie is a media pratctioner, work with otec fm, Educationist and the chief Executive Officer of of this Noble website Simon opoku Afriyie hails from Manso mem in the Amansie south district of the Ashanti Region. For any information contact me on 0240458530/0201417427 Or you can visit my Gmail address [email protected]
Previous NBU PROJECT (YEAR 2020); 200 TRAINEES GRADUATE AFTER SUCCESSFUL TRAINING
Next *Dr. Kingsley Nyarko Donates Quality Street Lights to Kwadaso Municipal Assembly*