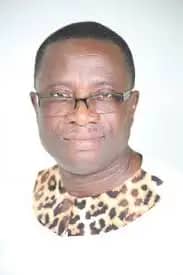 Intelligent information reaching Localnewsgh.com outpost indicates that, after the abysmal performance by the Ndc parliamentary candidate in 2020 election there was an emergency meeting held at the Ndc regional party office in Kumasi.

The meeting was led by the former Attorney General, Madam Betty Mould Iddrisu, in her submission she stated category that, Hon Alex Adomako mensah shall not be allowed to contest in the name of Ndc again because he nearly lost the seat for the party. 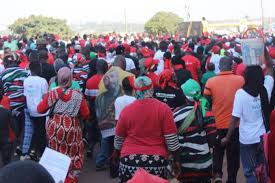 A team that was hand picked and planted to execute this family dynasty agenda, some are current executives while some of whom get their tuition from the dynasty paymasters. 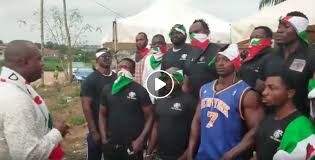 Some members of NDC maintained that, the plot now is to silence all opposing voices who are the choice of people includes, the former DCE Hon Fuseni Donkor and Mr Denis who contested the party internal primaries with the MP.

Our Intelligence information indicates that, in this grand scheme, some people claiming to be npp Patriots whose allegiance is with Dr Kwabena Duffour because he has secured them jobs during Ndc era and are being hired to muddy the waters at the npp end to make life easy for the dynasty agenda against NPP.

Speaking to some key members of NPP, they emphasized that, recent happenings in parliament of the election of speaker makes it very necessary to fish out all JUDASES in the party.

Watch out for more updates.

Simon opoku Afriyie is a media pratctioner, work with otec fm, Educationist and the chief Executive Officer of of this Noble website Simon opoku Afriyie hails from Manso mem in the Amansie south district of the Ashanti Region. For any information contact me on 0240458530/0201417427 Or you can visit my Gmail address [email protected]
Previous MP for Atwima Kwanwoma Constituency Embarks On ‘Thank You’ Tour
Next Preach Till Punishment Is Meted To Indiscipline Parliamentarians, You’re To Blame If…- MEF Chairman To Media: