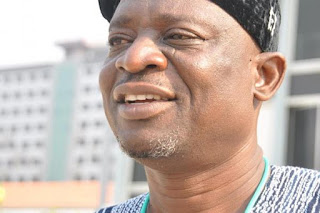 He said the NPP PC bribed the electorates with items including salted fish and Maggi cubes in exchange for votes.

Speaking on an Accra based Citi FM monitored by choiceNews, ABA Fuseini said,” The integrity and intelligence of the people of Sagnarigu cannot be traded on the altar of ‘Kako’, ‘Momoni’ and Maggi cubes.”

Mr ABA Fuseini has retained his seat for the next four years.

He was declared winner of the seat at the Sagnarigu Constituency collation center on Tuesday afternoon December 7.

He polled 34, 989 votes to beat his challenger, the NPP’s Madam Felicia Tettey who polled 26, 434 votes at Monday’s election.

At the declaration, returning officer for the constituency collation centre Mr. Yidana George Mumuni also declared John Dramani Mahama as winner of the presidential election in the Sagnarigu Constituency.

Simon opoku Afriyie is a media pratctioner, work with otec fm, Educationist and the chief Executive Officer of of this Noble website Simon opoku Afriyie hails from Manso mem in the Amansie south district of the Ashanti Region. For any information contact me on 0240458530/0201417427 Or you can visit my Gmail address [email protected]
Previous Rawlings was an emblem of freedom, hope and inspiration – Commonwealth Secretary General
Next 2020 Polls: More than 10,000 pink sheets had no biometric verification stamps – NDC