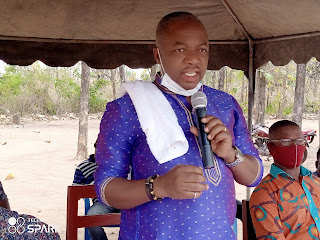 Over 145 persons with disabilities in Sekyere Afram Plains district of Ashanti region have received support from the district assembly to support their liveshood. 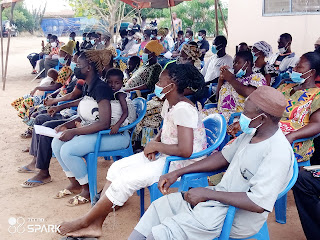 In his welcome address during the presentation,the district chief executive, Hon Joseph Gyamfi Owusu,a.k.a Odenkyem said that, the npp government is showing much commitment towards the welfare of persons with disabilities in the country. 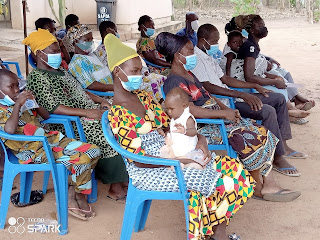 He said, as part of the efforts the government has increased to the percentage of the share of common fund for the person with disabilities and moreover introduced new measures by always presenting items like fredges,hair dryers and fiscal money to enable them enhance their businesses. 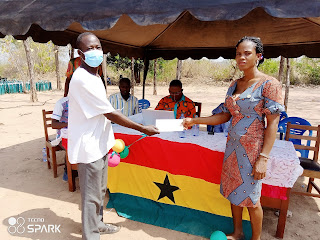 He urged them to make good use of the support given to them.

Hon Joseph Gyamfi Owusu was speaking to the media when presented amount of money to over one hundred and forty five (145) persons with disabilities at Drobonso. 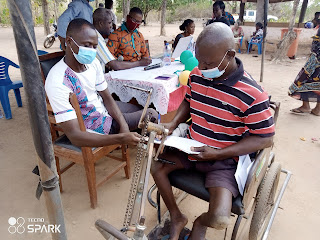 After the presentation, some beneficiaries expressed gratitude to the government and the Dce for the support and promised to use it to enhance their living conditions.

Contact choicenewsonline.com on 0240458530 / 0548913442 Or you can visit my Gmail simonopokua@gmail.com
Previous ODENKYEM DONATES SCHOOL UNIFORMS TO PUPILS OF SEKYERE AFRAM PLAINS DISTRICT
Next DCE visits 4 schools in Atwima Mponua District to mark My first day at school.