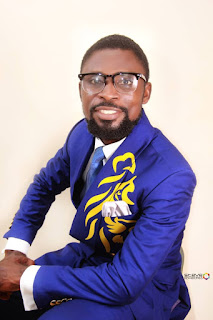 According to him, this happened in Ghana when NPP did not conceded the 2012 Presidential Election. Then flagbearer Nana Addo Danqwah Akuffo-Addo draged the Electoral Commission and NDC to court but thet loose it.

If they are sure won the election they must go to court, he advised them to take the legitimate steps to reverse the declaration on the just ended Presidential Election.

He added that, some top-notch Pastors are behind the Protestors and NDC. He audaciously mention founder and Leader of  Prophetic Hill Chapel, Prophet Naigel Gaisie. He motivated by the fact that prophesied that NDC will win the 2020 Election.

Apostle Maxwell Kofi Adusei has expressed concerns over the demonstration across the Regional capitals, “it can a violence to the nation.

This follows the EC declaration of President Akuffo Addo as President-elect of the just ended December 7 polls.

Subsequently, the main opposition party in series of press conference rejected the Presidential results over what they described as a flawed election.

Simon opoku Afriyie is a media pratctioner, work with otec fm, Educationist and the chief Executive Officer of of this Noble website Simon opoku Afriyie hails from Manso mem in the Amansie south district of the Ashanti Region. For any information contact me on 0240458530/0201417427 Or you can visit my Gmail address [email protected]
Previous Ashgold SC refereed to GFA disciplinary committee for allegedly flouting Covid-19 protocols
Next You cannot ask people to accept defeat when they’ve not received justice – PPP