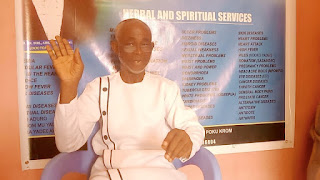 Covid-19, the world’s pandemic which has killed millions of people and is still killing others has been revealed and described as a mere way cleaner for 185 other dangerous diseases.

According to Apostle Dirl Airl King Marshal, founder and leader of Soldiers of Christ Prayer Group of All Churches, this has been been a revelation the world, and for that matter Ghanaians shouldn’t joke with. 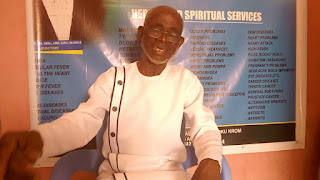 “God had revealed through us that there was going to be 185 deadly diseases that will befall the world but a single one may first drop a signal. It’s now the time for the rest of the 185 to drop which the world and for that matter Ghanaians shouldn’t joke with”. He said.

According to the confidential man of God, the diseases are befalling the world, more especially because of God’s anger towards fake men of God and people who practice demonic acts such gayism,  lesbianism, long nailing, bestiality, transgenderism etc. According to him though these diseases are going to affect everyone especially sinners, but those to suffer more are the aforementioned practitioners.

Revealing further details about the diseases, the man of God said 17 of them are not curable at all whilst the remaining 168 are curable but kills its victims faster than never before. 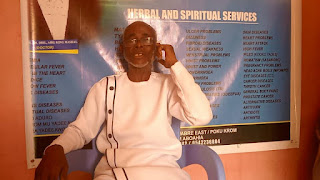 He finally advised that people should not joke with his revelation and think it’s a doom prophecy since he can’t do that from his own will apart from God. He said the way we can overcome the said diseases is through repentance and desisting from acts such long nailing, gayism, lesbianism, bestiality etc.

“God revealed the covid-19 but people took it for a joke. Now I plead with people that they should not joke with this one”, he added.

Simon opoku Afriyie is a media pratctioner, work with otec fm, Educationist and the chief Executive Officer of of this Noble website Simon opoku Afriyie hails from Manso mem in the Amansie south district of the Ashanti Region. For any information contact me on 0240458530/0201417427 Or you can visit my Gmail address [email protected]
Previous Preach Till Punishment Is Meted To Indiscipline Parliamentarians, You’re To Blame If…- MEF Chairman To Media:
Next KUMASI YOUTH ASSOCIATION HOLDS ASANTEMAN AWARDS DAY IN KUMASI

The Peniel Prayer Ministry at Adankwame in the Ashanti Region, has donated items worth …