Breaking News
Home / NEWS / Election 2020: Notable MPs who will not return to Parliament next year

Election 2020: Notable MPs who will not return to Parliament next year 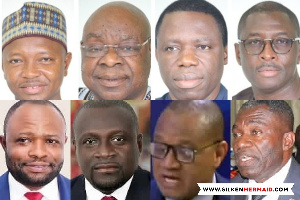 Election 2020: Notable MPs who will not return to Parliament next year

With five days to the December 7 polls, some Members of Parliament already know their fate as they have either quit the Legislature voluntarily or failed to win their party’s primaries earlier in the year.GhanaWeb’s analysis of the fluid dynamics within the Legislature shows that 11 parliamentarians voluntarily withdrew their re-election bid, while another 50 lost to their compatriots during internal party primaries.In all, the governing New Patriotic Party (NPP) lost as much as 40 of its MPs during primaries in June 2020, while the National Democratic Congress (NDC) replaced only nine of its MPs in August. However, 11, voluntarily quit the Legislature as they did not contest the primaries.Below is GhanaWeb’s compilation of some notable MPs who will not be in the 8th Parliament of the Fourth Republic.The following people voluntarily quit Parliament.1. Alban Bagbin (NDC)Alban Bagbin voluntarily quit the House having represented the people of Nadowli-Kaleo for at least 28 years – he has won re-election six continuous times after he first entered Parliament in 1992. He leaves the House as a respected Legislature. He is currently the Second Deputy Speaker of the House.2. Inusah Fuseini (NDC) 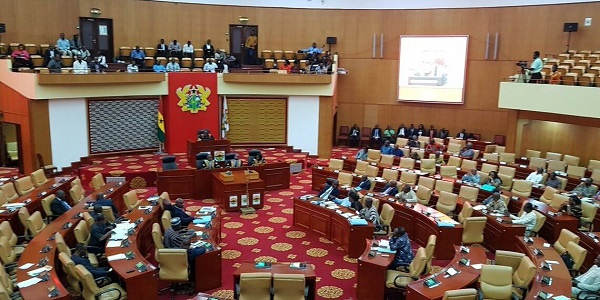 The following notable MPs were kicked out by their compatriots during primaries:1. Yileh Chireh (NDC)Mr Yileh Chireh represented the Wa constituency for 16 years in the 4th, 5th, 6th and 7th Parliaments.2. Ras Mubarak, NDC MP for Kumbumgu in the Northern Region. He is a first-time Member of Parliament, who served in the 7th Parliament.

Simon opoku Afriyie is a media pratctioner, work with otec fm, Educationist and the chief Executive Officer of of this Noble website Simon opoku Afriyie hails from Manso mem in the Amansie south district of the Ashanti Region. For any information contact me on 0240458530/0201417427 Or you can visit my Gmail address [email protected]
Previous Vote “Boom Boom Boom Boom” for the Promise-Keeper ~ Dr. Kingsley Nyarko
Next Ben Epson reveals why his 2016 pre-election poll failed