Breaking News
Home / POLITICS / NDC IS THE ONLY POLITICAL PARTY THAT HAS DONE ENOUGH DEVELOPMENTAL PROJECT FOR THE PEOPLE OF MANSO….ASIEDU NKETIA FUMES.

NDC IS THE ONLY POLITICAL PARTY THAT HAS DONE ENOUGH DEVELOPMENTAL PROJECT FOR THE PEOPLE OF MANSO….ASIEDU NKETIA FUMES. 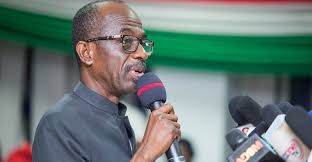 The General Secretary of the main opposition party National Democratic Congress has revealed that the NDC is the only political party that has done enough developmental achievement for the people of both Amansie West and South district of the Ashanti Region.

According to him Manso can only received it part of the National cake whenever National Democratic Congress is managing the affairs of this country despite the fact that they massively vote for NPP. 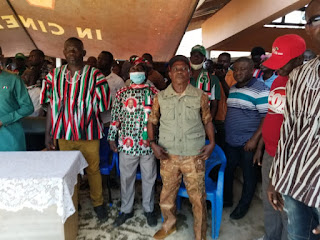 Speaking at a durbar at Manso Keniago in Amansie South District of Ashanti as part of his one day tour in the district to propagate the good news of the next NDC government ahead of this year December 7th general election.

He said some of the developmental achievement such as electricity, Bridges, water and the tarred roads in the district are all executed under the NDC regime which he challenged NPP to come and tell us what they have done for the people of Amansie South District from ex president Kuffour’s regime to Nana Addo led government. He said the Next NDC government will make sure the the live of the people in Amansie South District will be improve and all the bad nature of the roads in the district will receive much attentions.He said the NPP government in opposition lambasted and mocked NDC for constructing roads since roads are not edible. 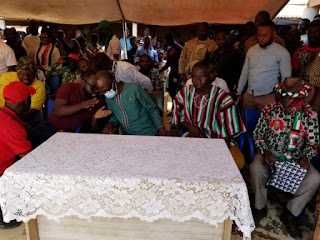 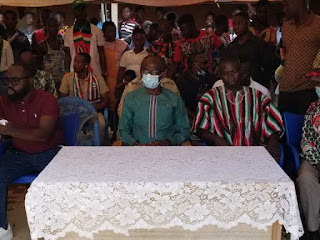 On the issue of galamzey activities, Hon.Johnson Asiedu Nketia stated that the next NDC government will institute gold board just like cocoa board which will deal with small scale mining activities in this country. He added that if voted into power in December 7th they will make sure those whose concession has been taken from them will get it back so they can do their work. 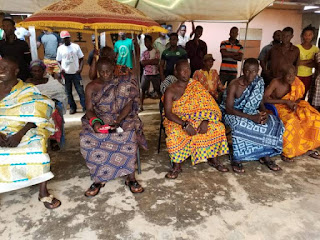 Meanwhile the Odikro of Manso Mmuoho Nana Boateng who represent keniago chief admonished politicians to be mindful in all their political activities as they are going round for their campaigns since Ghana is the only country that we have. 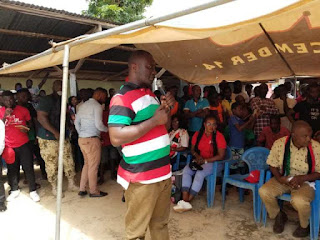 He said Manso is known as the major producers of natural resources such as gold timber and other agric products but we lack developmental activities which doesn’t sound well for us so we are pleading you that if your party is voted in power please don’t disappointed us we are lacking behind the national cake.

Simon opoku Afriyie is a media pratctioner, work with otec fm, Educationist and the chief Executive Officer of of this Noble website Simon opoku Afriyie hails from Manso mem in the Amansie south district of the Ashanti Region. For any information contact me on 0240458530/0201417427 Or you can visit my Gmail address [email protected]
Previous CHURCH OF PENTECOST OLD TAFO DISTRICT INAUGURATES PEACE CAMPAIGN
Next Bekwai Municipality Records 48 Road Accidents So Far This Year.