Let Your Works Speak For You And Stop Begging For Votes- Pastor, Assemblyman Urge Politicians

Begging for re-election and paying bribes to buy votes amongst most incumbent politicians has been witnessed by Ghanaians almost during every election.

Coincidentally, a minister of God, Apostle Frank Asante and an assembly member, Hon. Charles E.K Nsiah aka Charlsee have both taking swipe on such lazy but greedy politicians.

According to Apostle Frank Asante, founder and leader of Jesus Hears Prayer Ministry, he’s saddened by the rate at which we keep on witnessing how some lazy politicians beg for votes and pay bribes for re-election. Citing the 2020 election for an example, the man of God disclosed that his observation witnessed how most of these politicians suffered before winning, whilst most of them lost disgracefully. He charged on everyone to remain focused on the mandate given to them whether being a government appointee, elected political leader, a reverend minister etc. He advised that everyone works diligently according to the mandate so that the good work pays. 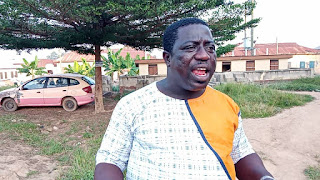 Incidentally, Hon. E.K Nsiah aka Charlsee, an assembly member for Ntobroso electoral area in the Atwima Mponnua district of the Ashanti region has passionately appealed to everyone to as a matter of urgency desist from unflustered (carefree) behavior that retrogress a country’s development.

According to him the best secret to live a successful life in this 2021 is by working hard on your part as a good citizen to ensure the progress of a country. He advised lazy politicians who pay bribes and beg for re-election to desist from such shameful act.

Borrowing a word from the Bible, he mentioned, “if you did it right, wouldn’t it have served you right to bring glory?”

He concluded his word by indicating that 2021 may pass, yet, we may still be in ABC should we not desist from laziness, theft, carefree behavior, corruption etc. He as an assembly member mentioned that he was an assembly member was going to his do his best so as he wished everyone plays his role to contribute to the national quota.

Simon opoku Afriyie is a media pratctioner, work with otec fm, Educationist and the chief Executive Officer of of this Noble website Simon opoku Afriyie hails from Manso mem in the Amansie south district of the Ashanti Region. For any information contact me on 0240458530/0201417427 Or you can visit my Gmail address [email protected]
Previous Ghanaians Must Change Mentality Towards Death, Adopt Regular Exercise To Live Long-GNASSM Chairman:
Next IGNORE THE LAND GRABBERS SOME DAWHENYA LANDS ARE FOR GOV’T – NENE BANTAMA