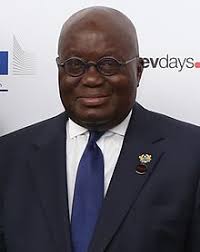 The President of the Republic, Nana Addo Dankwa Akufo-Addo, has reiterated his commitment to the peace and stability of the country, and has assured the Ghanaian people of his readiness to accept the verdict of the election.

“I have said that we believe in elections, and I am happy to give my word that we shall accept the verdict of the people of Ghana. Above all, I pledge that the peace, unity and safety of Ghana will be our primary consideration,” the President said. 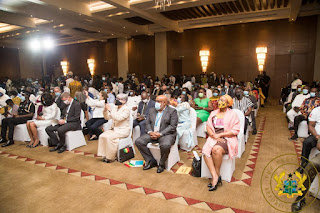 President Akufo-Addo made this known on Friday, 4th December 2020, when he delivered a statement at the 2020 Peace Pact ceremony, held at the Movenpick Hotel, Accra. 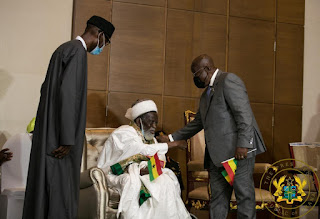 In his remarks at the event, the President stated that he is representing a political party that is founded on the strong belief that Ghana is best governed under a constitutional arrangement that guarantees multi-parties.

“We believe in elections, we have always done and we, in the NPP, can safely claim without any fear of contradiction that every improvement that has brought more widespread credibility to our electoral process has been at our instigation,” he said President Akufo-Addo continued, “We believe in an electoral process that is genuinely free and fair, and in which the people can have confidence. We believe in an electoral process in which the losers will feel they have been in a fair fight, and would willingly congratulate the winners, and go back to regroup to seek more persuasive ways to convince the electorate.”

He indicated, therefore, that it is in the interest of the political parties in the country that there is no violence, tension, and a truly peaceful atmosphere throughout the country. 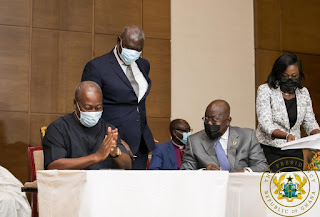 The President explained that the best manifesto policies and promises would come to naught if there is no peace, adding that “you can even have a combination of the best policies, the brightest and most hardworking and incorruptible people to run the government, if there is no peace, you cannot deliver on your promises.” 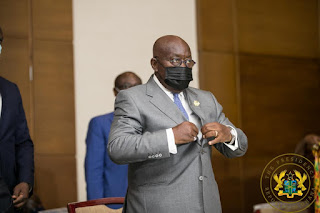 Touching on the processes leading to 7th December, he noted that the country has conducted the electoral process admirably so far, adding that in the midst of a global pandemic, the Electoral Commission compiled a credible voters’ register, with the special voting process passing off peacefully as well.

In spite of this, President Akufo-Addo urged media organisations to desist from publishing false stories. 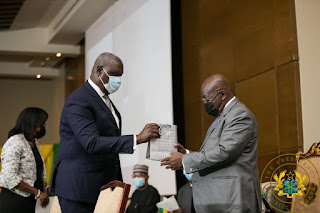 “It does not help that a would-be reputable media organisation puts out a totally false story that the EC had been caught with illegally printed excess ballots. If we are concerned about peace, such media outlets should be condemned by all. Such deliberate malice heightens tensions and incites passions unnecessarily,” he said. 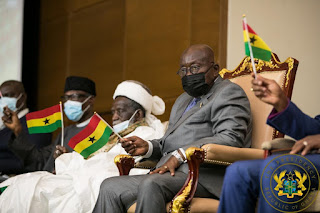 Reinforcing the determination of the NPP to the conduct of a credible election, he stated that “we are certain we have a track record that will make Ghanaians vote to renew our mandate. Just as it was in 2016, we want this victory to be sweet and incontestable.” 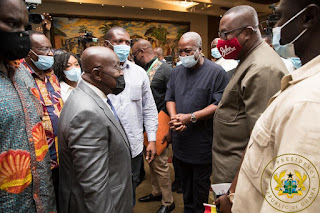 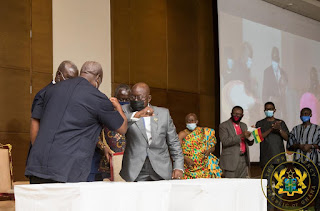 “For myself, I do not want to use this platform to engage in controversy, but merely to state that whatever were the acceptable recommendations of the Commission of Enquiry have been faithfully adhered to by the Government. The security services in the Volta Region are there to respond to the well-documented secessionist activities, and not to engage in any imaginary intimidation of the people of the Region,” he added.

Simon opoku Afriyie is a media pratctioner, work with otec fm, Educationist and the chief Executive Officer of of this Noble website Simon opoku Afriyie hails from Manso mem in the Amansie south district of the Ashanti Region. For any information contact me on 0240458530/0201417427 Or you can visit my Gmail address [email protected]
Previous President Commissions Bohyen District police headquarters
Next Dr. Kingsley Nyarko’s Hard work Will Yield Historic Results in Kwadaso ~ Hon. Dr. Owusu Afriyie Akoto