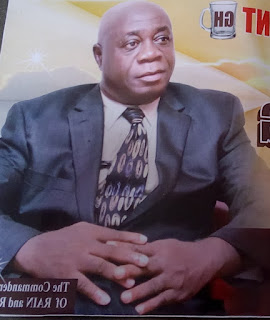 Founder/leader of the Oppong Risen Chapel International in Kumasi, Dr. Bishop James Akwasi Oppong has predicted a possible rerun of the December 7, 2020 presidential race which witnessed the victory of Nana Akuffo Addo, but yet, has been surrounded with disputes, compelling the opposition National Democratic Congress to file petition at the supreme court to seek justice over the outcome of the results announced by the Electoral Commission.

Speaking to this reporter in Kumasi in reaction to the NDC legal battle against the verdict of the presidential results and parts of the parliamentarians  seats of the NDC, Bishop Oppong alleged that the election results was rigged in favour of Nana Akuffo Addo, stressing that the only thing that could bring peace in the country is to rerun the presidential seat in a transparent manner to bring the truth out, applauding the opposing NDC for heading towards court to seek justice to avoid confusion and violence in the country.

The clergy urged Ghanaians to do away with situation where names are given to pastors, when the hard truth is revealed, adding that he is neither a supporter of the NPP nor the opposition  NDC insisting that God revealed to him  the rerun of the presidential seat long before the general elections were conducted in the December 7, 2020.

The Bishop who also doubles as the Chief Executive Officer of Jakwapo Group of companies and a new political party Risen People’s Part(RPP) indicated that his claim is not to prejudice the Supreme court outcome of the NDC’s petition result nor throwing dust into the people of Ghana, rather it was a Divine revelation which will surely come to pass. Extending his warmest new year greetings to Ghanaians, he charged the citizens to enter 2021 and remain transparent, prayerful, truthful and avoid corrupt attitudes that are overturning the destiny of the nation, since, a nation stands the risk to endanger its prosperity and development if the people continue to remain corrupt and liars.

The man of God who is also  the founder of the Risen People’s Party (RPP) also used the occassion to register his disappointment against the Electoral Commission for what he termed as a calculated attempt to hijack his newly – established political party (RPP) from contesting the December 7, 2020 general elections. Bishop Oppong submitted that he was directed by God to register the party and win, and then lead the country to the promised land by introducing good policies to benefit all.  He said the Commission after providing the party with provisional license allegedly deliberately failed to issue him  the final certificate to operate fully as a registered political party, adding that his lawyers prevailed on the Commission to speed up measures to release his certificate, but to no avail, though he met all the requirements that were demanded by the Commission.

Bishop  Oppong said, for the fact that the Electoral Commission did not treat him fairly, he managed to tour all the regions in the coutry to introduce the party and its policies across board, hoping that RPP will either rain or shine win the next elections to end the sufferings of Ghanaians with its good policies, and accordingly urged responsible and God fearing citizens who have the country’s interest at heart to join them towards the crusade to win the next elections.

Simon opoku Afriyie is a media pratctioner, work with otec fm, Educationist and the chief Executive Officer of of this Noble website Simon opoku Afriyie hails from Manso mem in the Amansie south district of the Ashanti Region. For any information contact me on 0240458530/0201417427 Or you can visit my Gmail address [email protected]
Previous Nyinahini Roman ‘B’ won Nyinahini inter community Gala competition
Next Hike In Chicken Prices Not Our Fault, Emanating From International Market- Boris B

The Peniel Prayer Ministry at Adankwame in the Ashanti Region, has donated items worth …