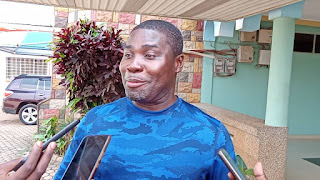 The mentality that people are bound to death immediately they hit age 50 and above has been a norm amongst most Africans especially Ghanaians.

Disagreeing to this negative mentality, the Ashanti regional Chairman for Ghana National Association of Small Scale Miners, Mr. Frank Osei aka Denaro has urged Ghanaians to desist from those thoughts.

According to him, the only secret through which people could live for a longer period is by regularly exercising the body. 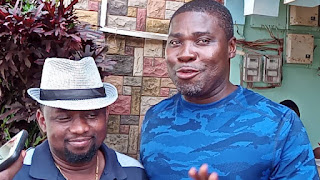 Mr. Osei revealed that most of the foods we eat today are artificial ones full of chemicals. He said the only way we can neutralize ourselves against the effect of such chemical foods is through regular exercise and activeness in the body. The Chairman who knew much about what he was saying said our great-grand used farming to regularly exercise their bodies unlike today where farming is not common due to shortage of lands and modernization.

“Our forefathers used farming to regularly exercise their bodies and that helped them a lot. Today, the absence of such things coupled with many artificial foods full of chemicals has brought many casualties.

Therefore, the only through which we can live long is by regularly exercising the body and resisting from the thoughts hitting age 50 and above is meant for death. We live long when exercise the body all the time”. He said.

Mr. Denaro said this in an interview with this reporter after he had organized a four team gala tournament duped, Elijah Osei Animuonyam Special Gala under the auspices of De-naro Group of Companies for the people of Ohwimase in Kumasi. 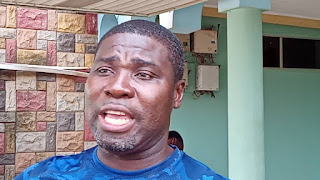 Speaking about his motive behind the organization, Mr. Osei disclosed that football and regular exercise had been his passion since childhood, and he therefore thought it necessary to organize such a tournament. “When I was a child, there was this man who used to organise such games to help our fitness. If I’m blessed today by the grace, then I need to emulate him.” He said.

However, the final match which witnessed a very tough unpredictable game was played between Sankofa FC and Ex-Professionals. Sankofa FC picked the trophy and other prices.

Simon opoku Afriyie is a media pratctioner, work with otec fm, Educationist and the chief Executive Officer of of this Noble website Simon opoku Afriyie hails from Manso mem in the Amansie south district of the Ashanti Region. For any information contact me on 0240458530/0201417427 Or you can visit my Gmail address [email protected]
Previous Hike In Chicken Prices Not Our Fault, Emanating From International Market- Boris B
Next Let Your Works Speak For You And Stop Begging For Votes- Pastor, Assemblyman Urge Politicians