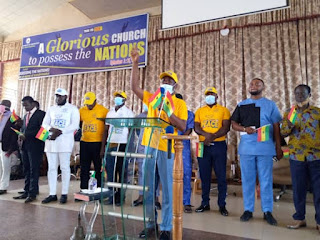 The Church’s approach is geared towards preaching and promoting peace amongst Ghanaians in various societies before and after Ghana’s general Polls on 7th December 2020. 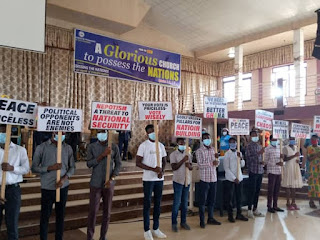 Speaking at the at the official inauguration of the campaign that was held at Old Tafo COP Central Assembly auditorium on Sunday 13th October 2020, Pastor Robert Nii Anang Sowah, Old Tafo COP District Pastor who doubles as New Tafo COP Area Secretary, said the peace Campaign has been inaugurated to fight against political violence that could erupt war in Ghana.

The District Pastor stated that many countries have lost lives and properties as a result of political violence which turned into a severe war. 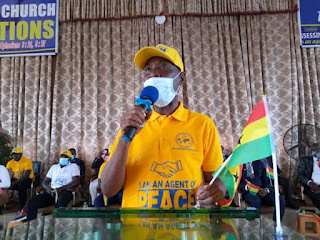 For this reason, it is the responsibility of every Christian to wake up and promote peace in various localities of the country now and after the general elections on December 7 2020. 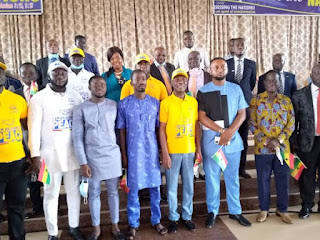 The New Patriotic Party (NPP) Parliamentary candidate for Tafo Constituency, Mr Vincent Ekow Asefua told Choicemedianetwork.code.blog at the launch that the Party (NPP) is committed to peace. It is committed to fight against violence and they will do anything possible to maintain the good peace Ghanaians are enjoying in recent times. 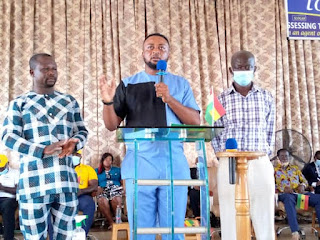 “NPP is Committed to Peace, We will never do something that will infringe on Ghana’s peace. NPP will ensure peace during and after the general elections”, Mr Vincent Asafua stated. 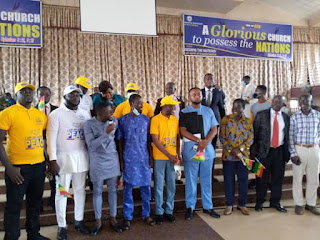 He added that the NPP will accept any results that may arise from the 7th December 2020 Ghana’s general polls and that, party supporters should stay away from Political misconducts.

Simon opoku Afriyie is a media pratctioner, work with otec fm, Educationist and the chief Executive Officer of of this Noble website Simon opoku Afriyie hails from Manso mem in the Amansie south district of the Ashanti Region. For any information contact me on 0240458530/0201417427 Or you can visit my Gmail address [email protected]
Previous Gifty Ndoma Supports NPP Campaign with Motorbikes and Cash in Ejura Sekyedumase Constituency
Next NDC IS THE ONLY POLITICAL PARTY THAT HAS DONE ENOUGH DEVELOPMENTAL PROJECT FOR THE PEOPLE OF MANSO….ASIEDU NKETIA FUMES.