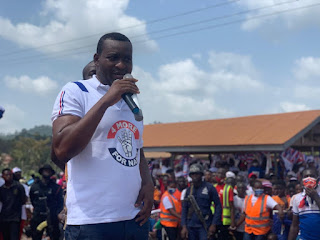 The Ashanti regional chairman of the new patriotic party, Mr Bernard Antwi, a.k.a Wuntumi has cautioned the former DCE,Hon Williams Bediako and some executives of Manso Adubia constituency who have secretly declares their support the Independent parliamentary candidate in the constituency to be much careful since it against the conduct of the party. 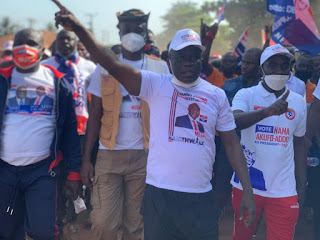 He said, since the npp is backing by its constittition there is sanction and punishment for anyone who will go contrary to it. 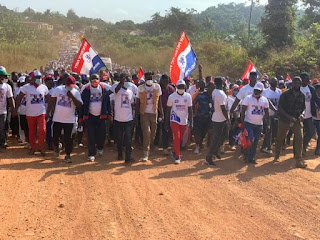 It can be recalled that, on Saturday 20, June 2020, the leadership of the new patriotic party organized it parliamentary primaries to elected candidates to contest the upcoming December 7 polls in the ticket of the party. 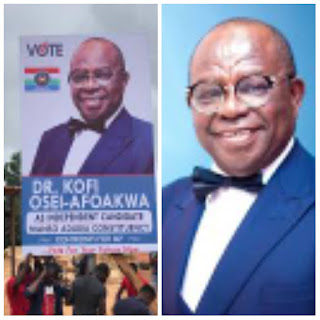 During the primaries, the former constituency chairman of the party, Dr Kofi Afoakwah joined the race but lost the contest to the incumbent MP Hon Yaw Frimpong Addo and after which he decided to contest as Independent parliamentary candidate. 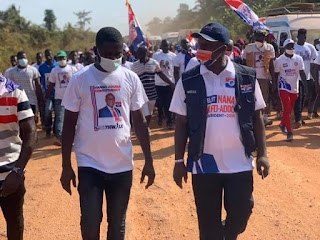 His decision came as a shock to the party executives and several attempt has been made by the party leadership to reverse his decision but all efforts failed. 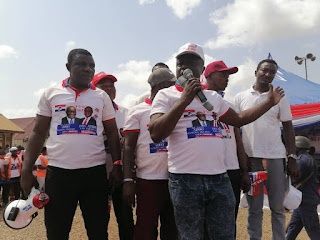 During a health walk and screening organized by the party leadership at Manso Adubia, the Ashanti regional chairman of the party, Mr Antwi Bosiako urged some executives who have secretly thrown their support to the Independent parliamentary candidate to stop else will face his ruffs. 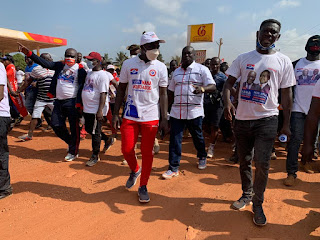 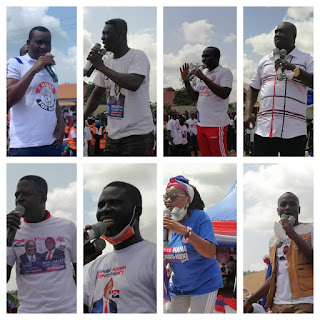 The constituency chairman of the party, Mr kwasi Ebu in his part made passionate appealed to the constituents to once again impose  their hope in npp parliamentary candidate, Hon Yaw Frimpong Addo and vote for him so that he can  continue with his good works which has already started. 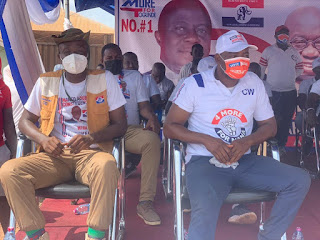 Simon opoku Afriyie is a media pratctioner, work with otec fm, Educationist and the chief Executive Officer of of this Noble website Simon opoku Afriyie hails from Manso mem in the Amansie south district of the Ashanti Region. For any information contact me on 0240458530/0201417427 Or you can visit my Gmail address [email protected]
Previous DKM DONATES OVER 1000 T SHIRTS TO SUPPORT NPP AHEAD OF DEC.7th GENERAL ELECTION.
Next We will give 80% of our vote to NPP – Mpastia constituents assured