Breaking News
Home / HEALTH / WE ARE SUFFERING FROM OPEN DEFECATION DURING THIS RAINING SEASON,TANO DUMASE RESIDENTS TO GOVERNMENT

WE ARE SUFFERING FROM OPEN DEFECATION DURING THIS RAINING SEASON,TANO DUMASE RESIDENTS TO GOVERNMENT 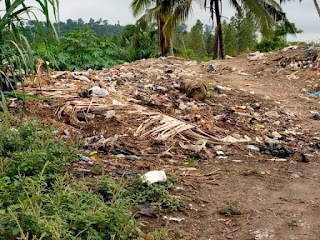 The Residents at Tano- Dumase the hometown of the Youth and Sports minister of the Republic of Ghana who double as the member of parliament for Atwima Mponua constituency, Hon Isaac Kwame Asiamah in the Atwima Mponua District of the Ashanti Region are appealing to stakeholders to come to their Aid because their member of parliament and their District Chief Executive, Hon William Yaw Darko have been neglected their community from developmental projects.

According to the Residents, they lacks so many developmental projects like,Toilet facility, Poor Security, No market structures in the community, No potable water to drink, Poor Road networks in the area and many more.

They added that, Tano-dumase is a farming community which produces many foodstuffs to the people in the cities and the whole country as well but they are facing a lot of challenges in the community and that has led to them into contact with many diseases at the area.

Speaking to the Residents, they lamented that they have informed their executives about these challenges and God been so good, Tanodumase is the hometown of the MP .

They added that, he has been in parliament for 16 good years now and still going to unpossesed but it proved futile since our problems still remains unattended.

Simon opoku Afriyie is a media pratctioner, work with otec fm, Educationist and the chief Executive Officer of of this Noble website Simon opoku Afriyie hails from Manso mem in the Amansie south district of the Ashanti Region. For any information contact me on 0240458530/0201417427 Or you can visit my Gmail address [email protected]
Previous AMANSIE WEST RURAL BANK LTD SUPPORTS GOV’T HOSPITALS IN AMANSIE WEST TO FIGHT COVID_19
Next Tabita Pulakuu International Ghana Chapter threatens court action against EC officials IF