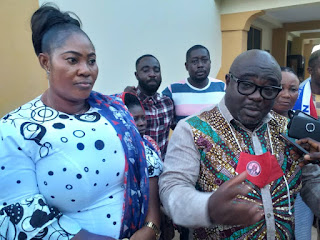 Mr Kofi Amankwa-Manu, the Head of Impact Assessment Unit at the office of Presidency, who doubles as the NPP parliamentary candidate for Atwima Kwanwoma Constituency in the Ashanti Region has passionate appealed to Widows and aged within his constituency to vote massively for Nana Addo Danquah Akuffo Addo in the upcoming December 7th elections to continued his his food work for the people of this country particularly residents of Atwima Kwanwoma constituency.

He said Ghanaians have seen the overwhelmed performance by the NPP government led by Nana Addo Danquah Akuffo in his first four years mandate as president of Ghana and giving him another four more mandate will be a blessing to the people of this country. 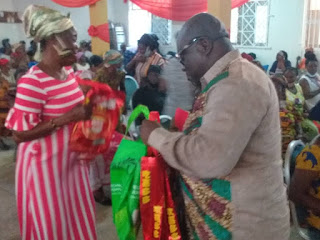 He said NPP government under the leadership of His.Excellence Nana Addo Danquah Akuffo Addo has exhibited leadership qualities in all sectors of the economy most especially his unprecedented social intervention policies and program to Ghanaians which according to him he deserves another four years mandate to do more for the people of Ghana. 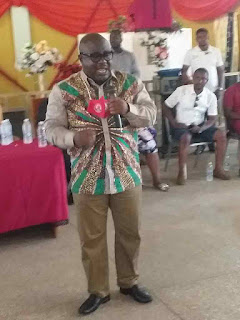 Addressing over two(200) Hundred Widows and aged personalities at Twedie in the Atwema Kwanwoma constituency today, he charged them not to make mistake to vote for NDC because they don’t have anything good to offer for them, NPP government is the only political party that seek the welfare of Ghanaians particularly aged,Widows and youths in this country. 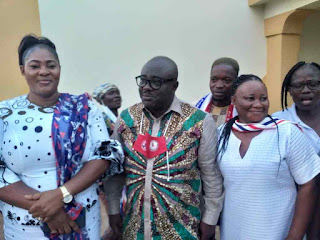 He said Atwima Kwanwoma constituency will soon have their share of national cake on developmental projects if they vote for NPP government again in the upcoming December 7th general Election.

He emphasized that politics is all about development putting up some interventions that can rescue the people from hard and looking at the four years service of Nana Addo Danquah Akuffo Addo to the people of this country its a clear indication that he is the only leader that can transform this country.

He used the opportunity to urged his constituents to go all out and vote massively for President Akuffo and also vote for  Him as a member of parliament for Atwima Kwanwoma constituency on December 7th Elections. 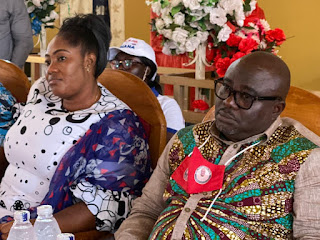 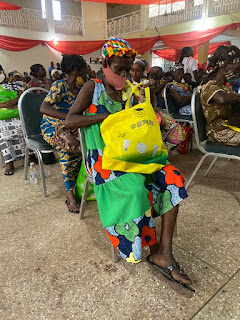 She used the platform to appealed to other benevolent, Philanthropist, Stakeholders ,and those bless by God to extend their helping Hands to the Widows to live all their days of life. 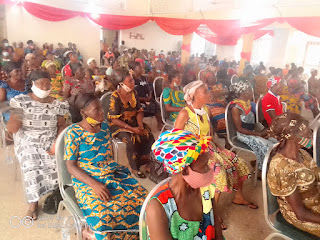 Mrs. Akua Adutwumwaah Ameyaw  charged the Widows to vote massively for Nana Addo Danquah Addo and their parliamentary candidate Mr Kofi Amankwaah manu to continued for he is the person who has been chosen by the delegates of the ruling NPP government to rescue the people of Atwima Kwanwoma. 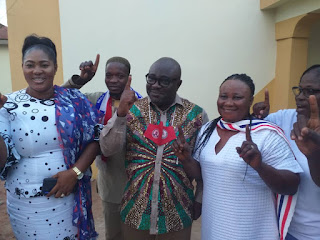 Simon opoku Afriyie is a media pratctioner, work with otec fm, Educationist and the chief Executive Officer of of this Noble website Simon opoku Afriyie hails from Manso mem in the Amansie south district of the Ashanti Region. For any information contact me on 0240458530/0201417427 Or you can visit my Gmail address [email protected]
Previous Bantama electrocuted, as scores of NPP supporters shown up at the Big Walk Event.
Next SEKYERE AFRAM PLAINS HONORED OVER ONE THOUSAND FARMERS