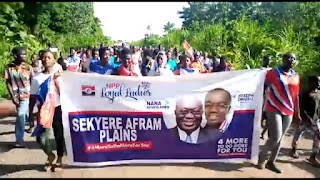 The parliamentary candidate for Sekyere Afram plains constituency of Ashanti region, in the ticket of the new patriotic party, Mr Joseph Owusu aka Odenkyem received massive support and enthusiasm from the citizens in the constituency who joined him filed his nomination forms to the electoral commission’s office at Drobonso the constituency capital. 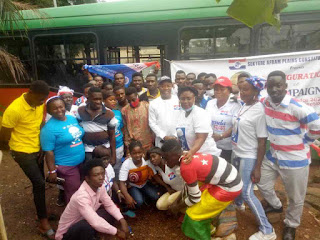 He was flanked by the party executives, aged, youth,Npp Loyal Ladies and students who have received tremendous support from npp government free SHS policy.

Mr Joseph Owusu is contesting in his second attempt to win to the seat for the NPP which is currently occupying by the opposition party ndc for eight years since the creation of the constituency in the year 2012 curved from Kumawu constituency. 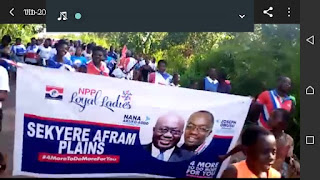 Mr Joseph Owusu increased the parliamentary votes of 1,882 in 2012 for NPP representing 20.88% to 3,549 representing 38.26% in 2016 shows significant appreciation for the party’s performance through the candidate.

Speaking to Mr Hon Joseph Owusu, aka Odenkyem he said, the incumbent member of parliament, Hon Alex Adomako Mensah abysmal performance for 8 years in parliament has infuriated the people’s commitment to support his bid and he will capitalize on that opportunity to snatch the seat from him. 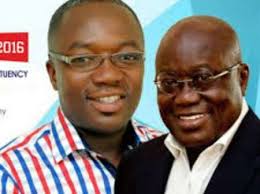 Emphasized on his confidence, he indicated that his office as DCE being supported by president Akuffo Addo’s government has help to executed much developmental projects for the people includes, roads infrastructure, classroom blocks, health care deliverly extension of electricity to various communities, potable water, supply of agriculture inputs to farmers, security and toilet facilities in many communities to enhance environmental cleanness will gives him opportunity to win the seat comes December 7. 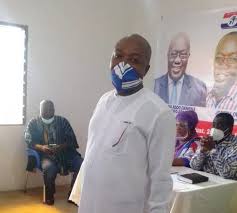 Simon opoku Afriyie is a media pratctioner, work with otec fm, Educationist and the chief Executive Officer of of this Noble website Simon opoku Afriyie hails from Manso mem in the Amansie south district of the Ashanti Region. For any information contact me on 0240458530/0201417427 Or you can visit my Gmail address [email protected]
Previous Odenkyem Tears Flowed Like Wine Over The Death Of His Communication Officer.
Next Ahead of Dec. 7th,CEO of EKK foundation Tasks IGP and Army Commander to Deal With War Mongers.