Breaking News
Home / NEWS / Preach Till Punishment Is Meted To Indiscipline Parliamentarians, You’re To Blame If…- MEF Chairman To Media:

Preach Till Punishment Is Meted To Indiscipline Parliamentarians, You’re To Blame If…- MEF Chairman To Media: 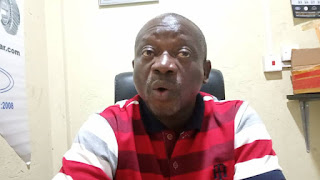 Our constitution will be described as a joke if punishment is not meted for culpable parliamentarians who showed indisciplinary act after a thorough investigation. Alhaji Abubakar Musah, Ashanti regional Chairman for the Muslim Executive Foundation (MEF) has said that.

According to the MEF Chairman Ghana has been accorded a maximum respect for the past years by many countries due to the way we handle our democracy. MEF has however condemned the unfortunate that happened on Thursday dawn during the formation of Ghana’s 8th parliament. According to him, the disgrace has put Ghana’s long term reputation in democracy into a state of dilemma.

Describing it as very unfortunate, Mr. Musah pointed out Hon. Carlos Ahenkora, the ballot box snatcher’s act as something that needs an immediate punishment. He said if punishment is not meted out to Parliamentarians who acted like what Ahenkora did on the day, it will spell out how our precious constitution doesn’t function any longer.

“How do you expect to punish ordinary Ghanaian who snatches ballot box after making a whole parliamentarian who did same act go scot free. People will not take us serious if we refuse to take up this matter as concerned Ghanaians”, he said.

He however expressed disappointment in the media and blamed them for always putting a quit to important issues such as these ones. He said it’s high time the media lead a crusade to fighting what the parliamentarians did, until it gets to the bottom.

“MEF blames the media for always putting early quit to important issues of national interest. Being the mouthpiece of this country, when you stop preaching against what the Parliamentarians did today, where will the ordinary Ghanaians condemnation reach?” He rhetorically quizzed.

He however on the media to as a matter of urgency, never put a stop to this matter but press on, until it gets to the bottom to serve as deterrant.

Simon opoku Afriyie is a media pratctioner, work with otec fm, Educationist and the chief Executive Officer of of this Noble website Simon opoku Afriyie hails from Manso mem in the Amansie south district of the Ashanti Region. For any information contact me on 0240458530/0201417427 Or you can visit my Gmail address [email protected]
Previous SEKYERE AFRAM PLAINS NDC ON FIRE AS MP BRINGS HIS NEPHEW TO SUCCEED HIM IN 2024
Next Covid-19 Was A Mere Way-Cleaner For 185 Other Dangerous Diseases People Shouldn’t Joke With – Man Of God Reveals