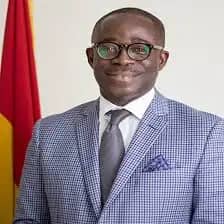 The Deputy Minister of Energy who double as member of parliament for Afigya Kwabre south constituency in the Ashanti region, Hon William Owuraku Aidoo has commended the district chief executive for Sekyere Afram district who double as PC for NPP, Hon Joseph Owusu, a.k.a Odenkyem for overwhelmed contribution towards developmental projects in the district.

Describing him as game changer who has brought facelift to the community in his few years in office as Dce has transformed the lives of the people in the areas of education, roads, water project, mobile networks, health care delivery,security and agriculture.

Hon. William Owuraku Aidoo was speaking to chiefs and people of Issakura when he launched rural electrification project to be connected to twenty communities in the district.

He used the occasion to appealed to the people to consider his commitment and vote massively for npp and Hon Joseph Owusu as member of parliament to continue with good policies.

In his part, the district chief executive, Hon Joseph Owusu also used the opportunity to appealed to the people to consider his contribution and faithfulness have shown to them and vote for him comes December 7.

The chief of Abenoa, Nana Paul Brafanu who spoke on behalf of traditional authorities in the community expressed gratitude to the DCE and the NPP government on uncounted projects executed and declared their readiness to vote for him and NPP. 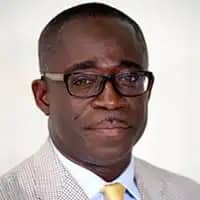 Simon opoku Afriyie is a media pratctioner, work with otec fm, Educationist and the chief Executive Officer of of this Noble website Simon opoku Afriyie hails from Manso mem in the Amansie south district of the Ashanti Region. For any information contact me on 0240458530/0201417427 Or you can visit my Gmail address [email protected]
Previous SEKYERE AFRAM PLAINS HONORED OVER ONE THOUSAND FARMERS
Next We Will votes beyond your imagination -NPP Parliamentary Candidate assured prez Akuffo Addo…