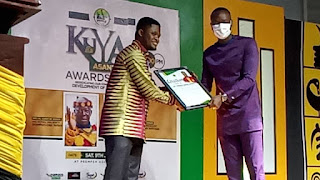 A group, Kumasi Youth Association (KuYA) which has been seeking the development of Kumasi and Asanteman has today organized a historic award ceremony which honoured some personalities who have contributed to the development towards  Asanteman and Ashanti kingdom as a whole.

The award ceremony which was slated for Saturday January 9th, 2021 with the theme “Rededicating Our Commitment to the Development Of Asanteman”, witnessed a host of many dignitaries. 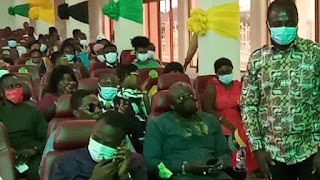 According to the Kumasi Youth association this award was organized to honour some  industrious personalities in the political landscape, education environment, health environment, trading and for that matter have put Asante kingdom into high reputation. Some radio stations and presenters who supported developmental agenda of Asanteman and  Nananom who have helped Asantehene to develope Asante kingdom received their shares. 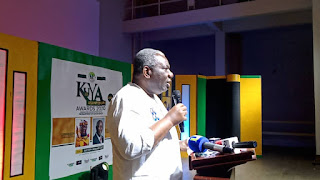 Speaking at the awards program, Mr. Kwabena Frimpong who is the General Secretary of Kumasi Youth association,  posited that, “the main idea behind the awards was to first identify the industrious personalities that have dedicated their lifetime towards the building of Asanteman or for the course of Asanteman and to seek projects to Asanteman and communities in the region.

Mr. Kwabena Frimpong in the conversation revealed that, it got to a point some people joined hands to make sure that Ashanti will not get any projects that will develope the region. He added that, at a point some newspapers wrote bad things about the Asantehene and the kingdom, but despite all these, the selected hardworking personalities laid down their lives for the positive course.

KuYA is a vibrant youth group in the Ashanti Kingdom that solely seek for the development of Kumasi and Asanteman. 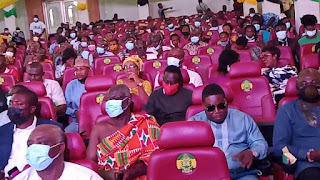 Former Energy Minister in President Nana Addo’s government Hon. Boakye Agyarko who received an award advised that parents in Ghana especially those in the Ashanti kingdom should impact our rich tradition and culture to the upcoming youth so that, they not copy foreigners in their own land . 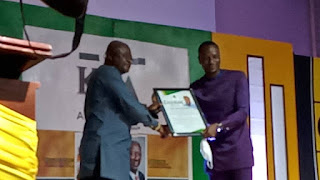 Public relations officer for Kumasi Youth association Nana Akwasi Prempeh  who also received an award as best trader who loves and always want Ashanti kingdom to develop said, he will do whatever help could to seek development in Kumasi and urged the metropolitan assembly to finish all unfinished market projects in the region.

Simon opoku Afriyie is a media pratctioner, work with otec fm, Educationist and the chief Executive Officer of of this Noble website Simon opoku Afriyie hails from Manso mem in the Amansie south district of the Ashanti Region. For any information contact me on 0240458530/0201417427 Or you can visit my Gmail address [email protected]
Previous Covid-19 Was A Mere Way-Cleaner For 185 Other Dangerous Diseases People Shouldn’t Joke With – Man Of God Reveals
Next Ahenkora’s Defiance Act, A Confirmation Of How NPP Manipulated 2020 Polls – NDC Treasurer