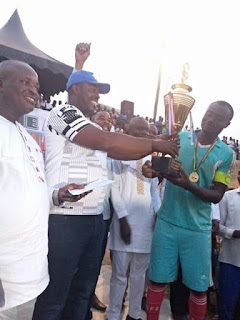 Atwima Mponua MP, electrifies Constituency with football gala. The Constituency was charged on Tuesday Wednesday, and Friday as thousands of children, youth and the aged were there at Nyinahin Nkwanta Park to support their areas. 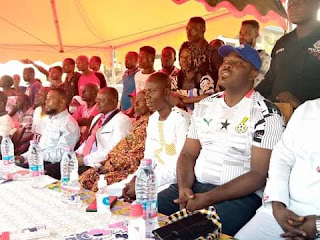 Addressing the media, the workaholic Member of Parliament for Atwima Mponua, Honorable Isaac Asiamah who double as Minister of youth and sports, acknowledge and make it clear his commitment to support youth especially those into sports activities.

He applauded the two Assembly members for their commitment and enthusiasm puting up in the district capital Nyinahin. 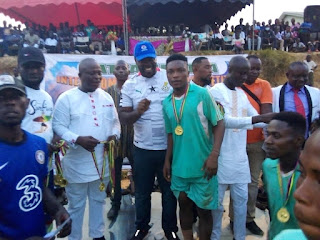 Honorable Isaac Asiamah also took the opportunity to invite football scouts and coaches in and around the country. 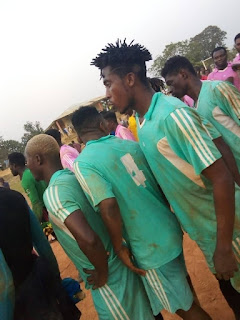 Four teams were qualified for semifinals, Roman B, Nkwanta, Zongo and Kaniagu. 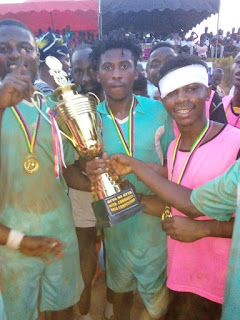 The Roman B team took home  fantastic trophy, cash of  GHC1000.00 and medals. 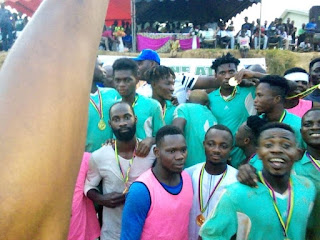 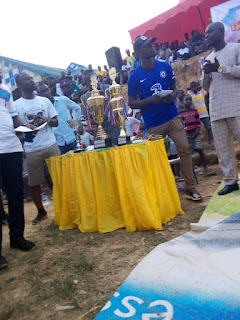 All the participation teams received cash of 100.00 for appearance fee, one set of jersey and football.

Simon opoku Afriyie is a media pratctioner, work with otec fm, Educationist and the chief Executive Officer of of this Noble website Simon opoku Afriyie hails from Manso mem in the Amansie south district of the Ashanti Region. For any information contact me on 0240458530/0201417427 Or you can visit my Gmail address [email protected]
Previous Neighborhood Watchdog Committee inaugurated in Atwima Makro.
Next Nyinahini Roman ‘B’ won Nyinahini inter community Gala competition