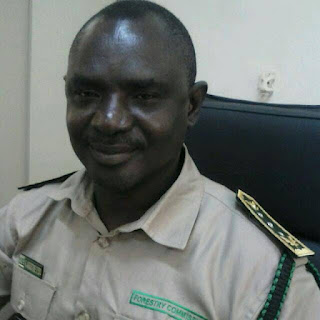 The beneficiaries of Youth in Agricultural and Afforestation program in Ashanti Region, under the Forestry Commission of Ghana, have embarked on one day program in Kumasi dubbed as “Thank You” tour with float exercise in principal street of Kumasi to show appreciation to the President of the republic, Nana Addo Dankwa Akuffo Addo and the Forestry Commission as a whole.

The float which took off in various communities started from Juaso, Offinso, Kumawu, Nkawie Mampong, New Edubiase, Mankranso and Bekwai district all under Forestry Commission Ashanti Region were ended at Kumasi Jubilee Park where they were addressed by the manager of Ashanti Regional Forestry Commission, Mr Augustine Gyedu and the Chief Executive Officer of Kumasi Metropolitan Assembly, Honourable Osei Asibbey Antwi.

According to Mr Gyedu, the initiative to engaged the Youths in the Afforestation program has been a massive beneficially to the Forestry Commission and the Country at large which has improve the Country Forest system.

Mr Gyedu disclosed that, the Forestry program was able to employ over sixty five thousands(65,000) youths nationwide while Ashanti Region alone had been able to employedTen thousand Youths(10,000).

He disclosed that,the program, apart from creating jobs for Sixty Thousand people, has yielded results. In Ashanti Region, over 3,500 hectares of degraded forest lands in Bekwai, Kumawu, Offinso, Juaso and other district have been planted up with various timber species, including Mahogany, Ofram, Emire, Teak among others.

Again about 1,500 hectares of outside Forestry Reserve areas in Schools, along water bodies, along road sides within open space in Communities including Kumasi Metropolitan Assembly (KMA) have seen tree planting activities to bring back the Garden City.

Mr Gyedu informed the general public that, seedings stock are in their various District which Ghanaians can received it free of charge. Stressing that the act of restoring forestry in Ghana is a share responsibility between the individuals and the commission which he urged Ghanaians to give helping hand to every activities that will help to revive the forestry in Ghana. 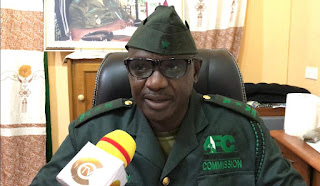 Speaking with Opemsuo news reporter, Adwoah Serwaah Yonkodo the Youth in Afforestation Secretary in Ashanti Region, Emmanuel Osei Aborah, said without the laudable initiatives of the New Patriotic Party (NPP) ruling government, they will be there in empty handed in a desperate manner but the initiative has come to release a lot of financial constraints in their lives.

He said, the Government deserved more commendation which have made them come out to show appreciation to the President and the Ghana Forestry Commission while they are calling for permanent job opportunities in the Forestry Commission.

Emmanuel Aborah disclosed that, due to what they have benefited from the “Youth in Afforestation program”, they have endorsed the President of the republic, Nana Addo Dankwa Akuffo Addo for another term of Office. 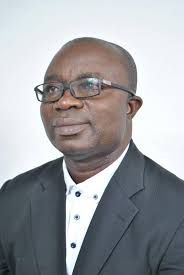 However,the Chief Executive Officer of Kumasi Metropolitan Assembly (KMA), Honourable Osei Asibbey Antwi also addressed the Youth in Afforestation beneficiaries appreciating their efforts.Hon Osei Asibey added that the Kumasi Metropolitan Assembly had been able to benefited a lot from the afforestation program adding that the assembly will continue to work with the forestry commission so far as the beautification of the city is concern.

Simon opoku Afriyie is a media pratctioner, work with otec fm, Educationist and the chief Executive Officer of of this Noble website Simon opoku Afriyie hails from Manso mem in the Amansie south district of the Ashanti Region. For any information contact me on 0240458530/0201417427 Or you can visit my Gmail address [email protected]
Previous Atwima Mponua NPP Patriots Organises Massive Health walk In a Grand Style
Next OFORIKROM APOSTOLIC CHURCH GHANA HAS SUPPORTS ASHAN CHILDREN HOME..