Bantama electrocuted, as scores of NPP supporters shown up at the Big Walk Event. 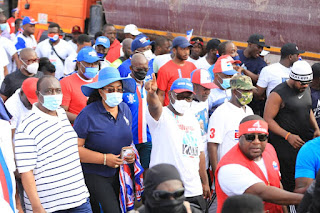 Bantama came to a stand-still with the euphoria, enthusiasm and love for the party demonstrated on the principal streets of Bantama. 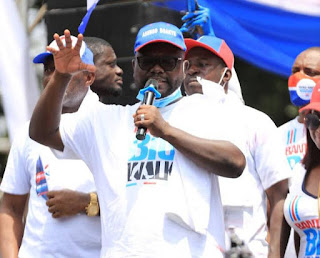 Addressing the supporters after the walk which ended at Kumasi culture center, the Member of Parliament for Asin North constituency Hon.Kennedy Agyapong stated that the Parliament candidate for Bantama who is currently the deputy chief of staff Hon.Asenso Boakye has self the party very well and this is the reason why they have decided to support him to launch his campaign.

He said Asenso Boakye is very respectful and humble person who has served the party very well and this is a reward for him to continue his good work for the party. 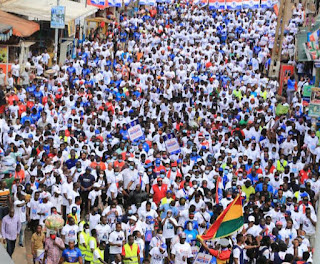 He indicated that what Nana Addo Danquah Akuffo Addo the President of this country has done is unprecedented and there is the need for the people of this country to give him another mandate.

Hon. Kennedy Agyapong in conclusion admonished the supporters of the party to go all out and represent the party as disciples and spread the good work of the party. 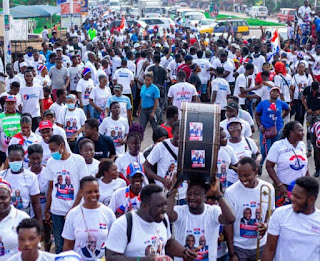 On the other hand the minister of education who doubles as the member of Parliament for Manhyia North constituency Hon.Mathew Opoku Prempeh warned Ghanaians not to commit any mistake to return Mahama back to the seat of the Parliament else it will be a doom for the people of this country. 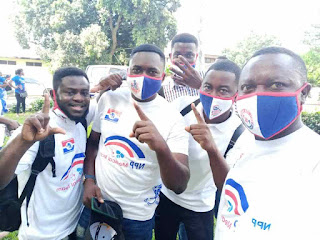 In conclusion the Parliament candidate for Bantama Hon.Asenso Boakye added that what he has seen today from the big walk is an indication that NPP is poised to retire ex President Mahama in 2020. 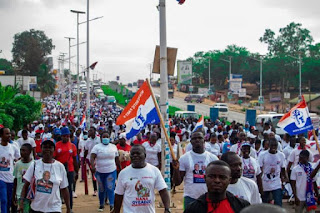 As a native of Bantama we are going to work very hard to increase the percentage of the party coming 2020 election, stressing that Bantama need unity and that is the only way the party can give NPP 95% to NPP is unity,

He said if elected as the parliamentary candidate for Bantama he will give more attention to three key areas such as roads, security and providing jobs for the youths and we are going to work hard to put smile on the faces of our people.

Simon opoku Afriyie is a media pratctioner, work with otec fm, Educationist and the chief Executive Officer of of this Noble website Simon opoku Afriyie hails from Manso mem in the Amansie south district of the Ashanti Region. For any information contact me on 0240458530/0201417427 Or you can visit my Gmail address [email protected]
Previous Ahead of Dec. 7th,CEO of EKK foundation Tasks IGP and Army Commander to Deal With War Mongers.
Next VOTE MASSIVE FOR PREZ AKUFFO ADDO TO TRANSFORM ATWIMA KWANWOMA, HON.KOFI AMANKWAA MANU TO WIDOWS…