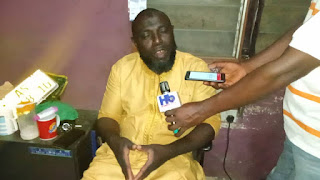 The Ashanti regional Zongo Caucus treasurer of the opposition National Democratic Congress (NDC), Alhaji Osman Ahmed has expressed a big time disappointment in the ruling NPP over what he describes as an act that demeans our highly reputed democracy.

According to the disappointed NDC stalwart, Carlos Ahenkora’s defiance act on Thursday dawn clearly spells and confirms how the NPP took all means to manipulate the 2020 general election.

“You intentionally snatch a ballot paper in parliament to sham your candidate’s loss? What a disgrace to our highly respected democracy”, he wondered.

Citing an example,Mr. Amhed contended that constituencies such as Techiman South, How etc experienced the same demonic acts from the NPP’s side during the 2020 general election. About the presidential election, he said several manipulations went on to favour Nana Addo, a act he describes as an impediment to our rich democracy. 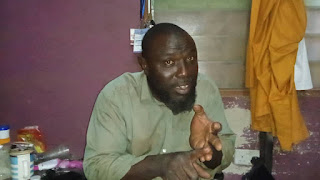 He however called out that Ahenkora’s act, which is tantamount to severe punishment shouldn’t be hesitated.

He mentioned that it’s high time we the law with fairness and decorum. “Due to the way sin against the constitution, just look at how it has affected our whether. God is very angry at us. Why do you have to maltreat or shoot someone who does the same thing and leave or hesitate on Ahenkora’s act?” He quizzed.

He finally urged that the NPP under the leadership of Nana Addo should stop the way they manhandle the democracy under their care. His fear is that a time may come when things we get escalated should unlawful act continues under this government. 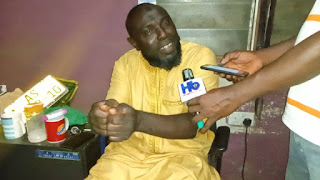 “Please let us respect our constitution, stop segregation so that everybody is satisfied, otherwise I anticipate fear that unsatisfied group may one day stand to retaliate these things and things will be worse. Let us take this as a serious matter and put political colours aside”, he said.

Contact choicenewsonline.com on 0240458530 / 0548913442 Or you can visit my Gmail simonopokua@gmail.com
Previous KUMASI YOUTH ASSOCIATION HOLDS ASANTEMAN AWARDS DAY IN KUMASI
Next I WILL BE FATHER FOR ALL – Asunafo North Mp